Read the rules before proceeding! 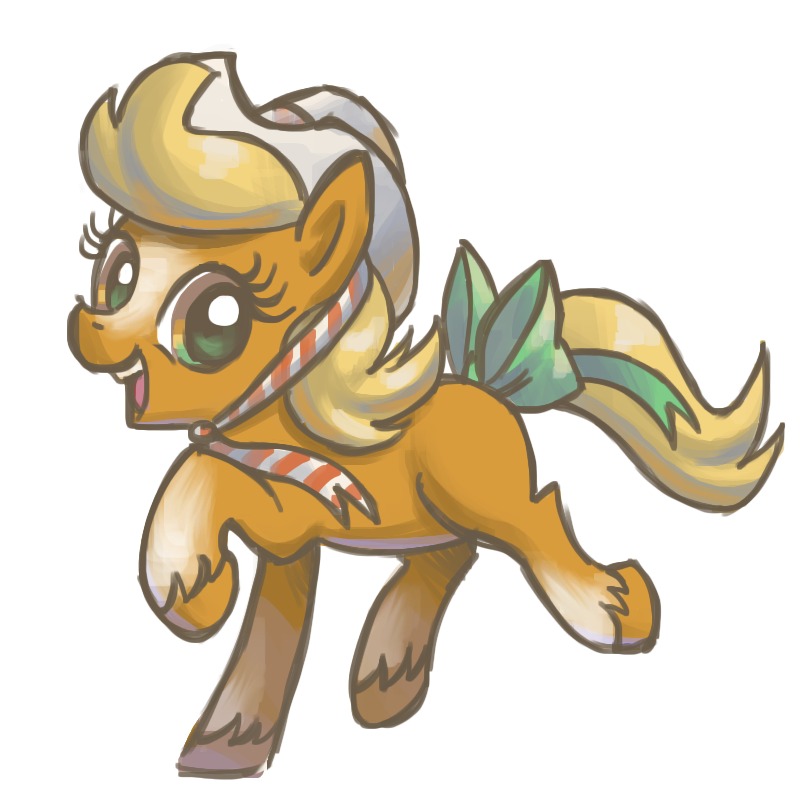 "The precursor to My Little Pony is My Pretty Pony, which only lasted for a year and had two ponies released. While the second is essentially a giant G1 Peachy (and in fact came with an actual My Little Pony) the previous pony is nothing like a My Little Pony at all! Offering no cutie mark and the bizarre little action of a wink, an ear-wiggle and a tail swish, this is the original nameless My Pretty Pony, with realistic pony colours and a trigger under her jaw (which activates the actions I mentioned above)."

If you believe a post does not belong on this site, you can flag for its deletion. As a reminder, the following are some common reasons for flagging a post:

The following are NOT valid reasons for flagging a post:

If this post was automatically deleted, then it means at least ten janitors all thought it didn't belong on the site. If you still believe this image was wrongfully deleted, then you can appeal its deletion.

All users are limited to one appeal a day. For more details, please read the wiki.

If the artist of this image posted some interesting additional information about this work, you can copy it here. View help.